Today was International Tabletop Day, so I set out to one of my friendly local game stores, Guardian Games, to play some games.

First, I met David and Leana Galiel of Elbowfish games, who were demoing their quantum physics board game, Antimatter Matters. It's a fun-looking board game where players rush to assemble atoms out of subatomic particles such as gluons, up quarks, and down quarks. 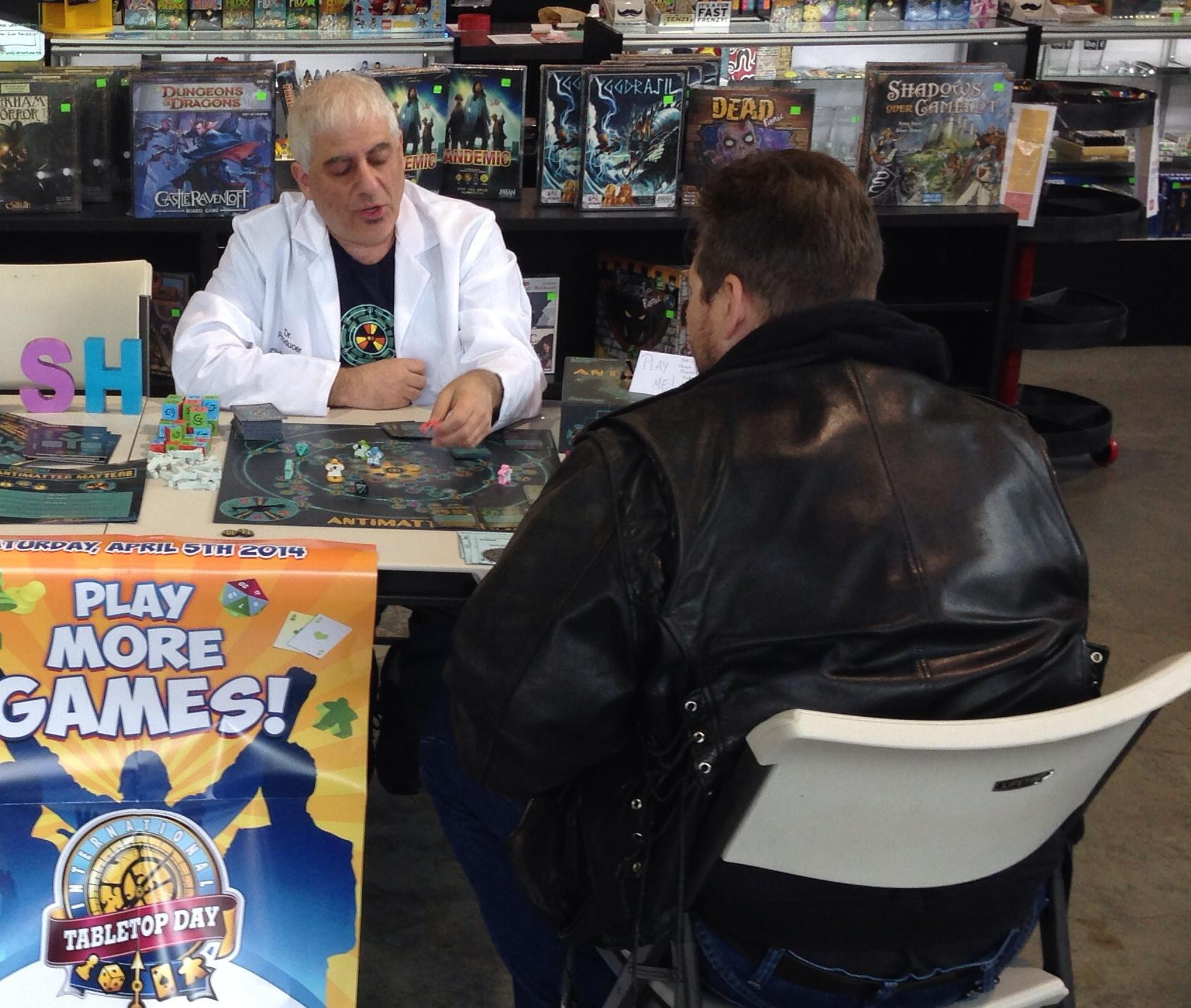 I also got to try a few of Steve Jackson Games' games that are not Munchkin. Chupacabra is a fun dice game where players attack each other's livestock with the fabled(?) Central American creatures. Cthulhu Dice is a very fast dice game, where players try not to go insane while dealing with the fabled Elder God. (Spoiler alert: you're not going to do well!)

I played a round of Love Letter, but the Legend of Five Rings-themed version. It plays exactly the same and is just as fun. 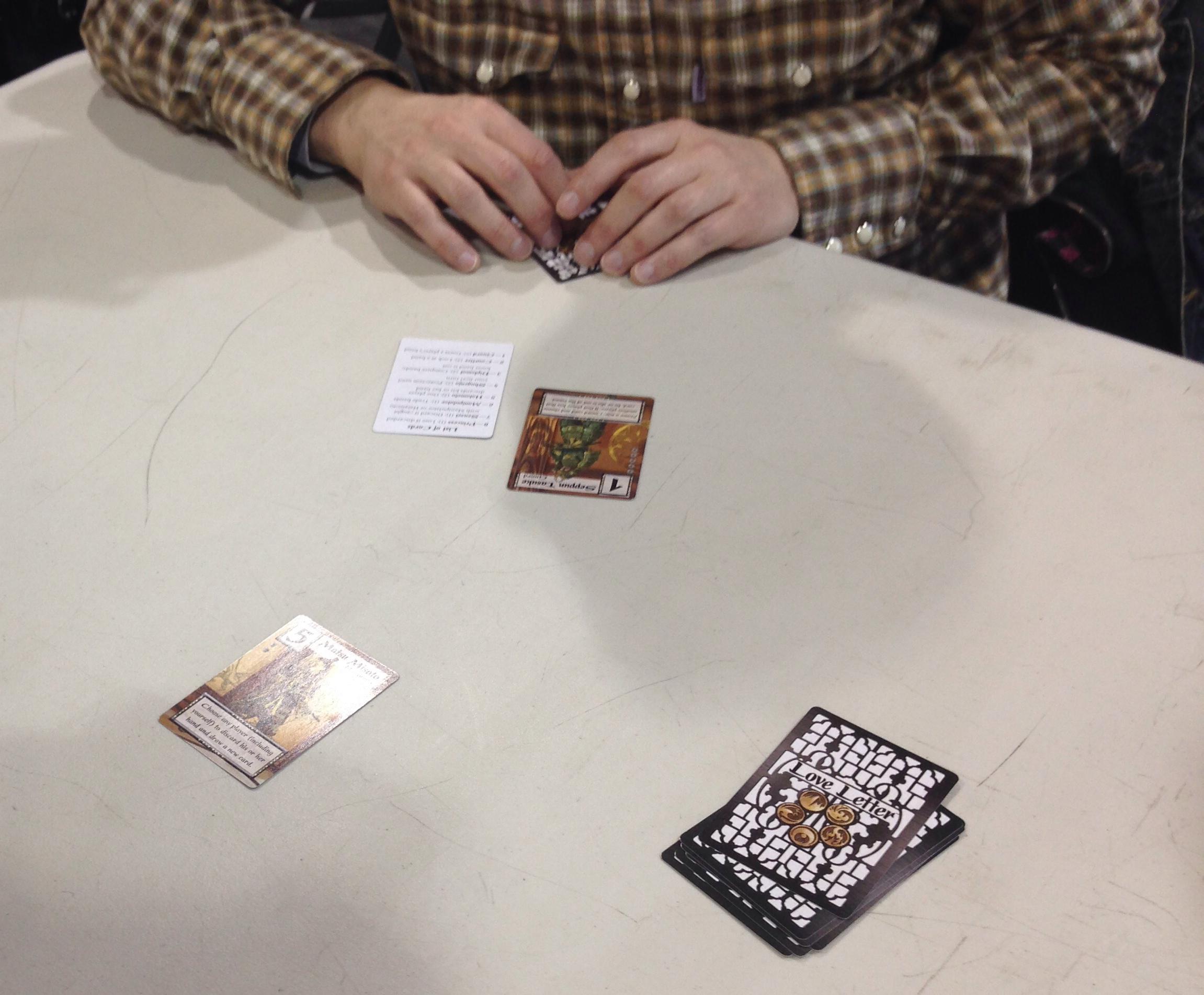 And I got to try out a new card game that currently has a Kickstarter going, Madness. The premise is that you are trying to create a serum to destroy the zombie plague; in practice, it a fast and furious game of trying to match an ever-shifting pattern of cards why preventing your opponents from doing the same. 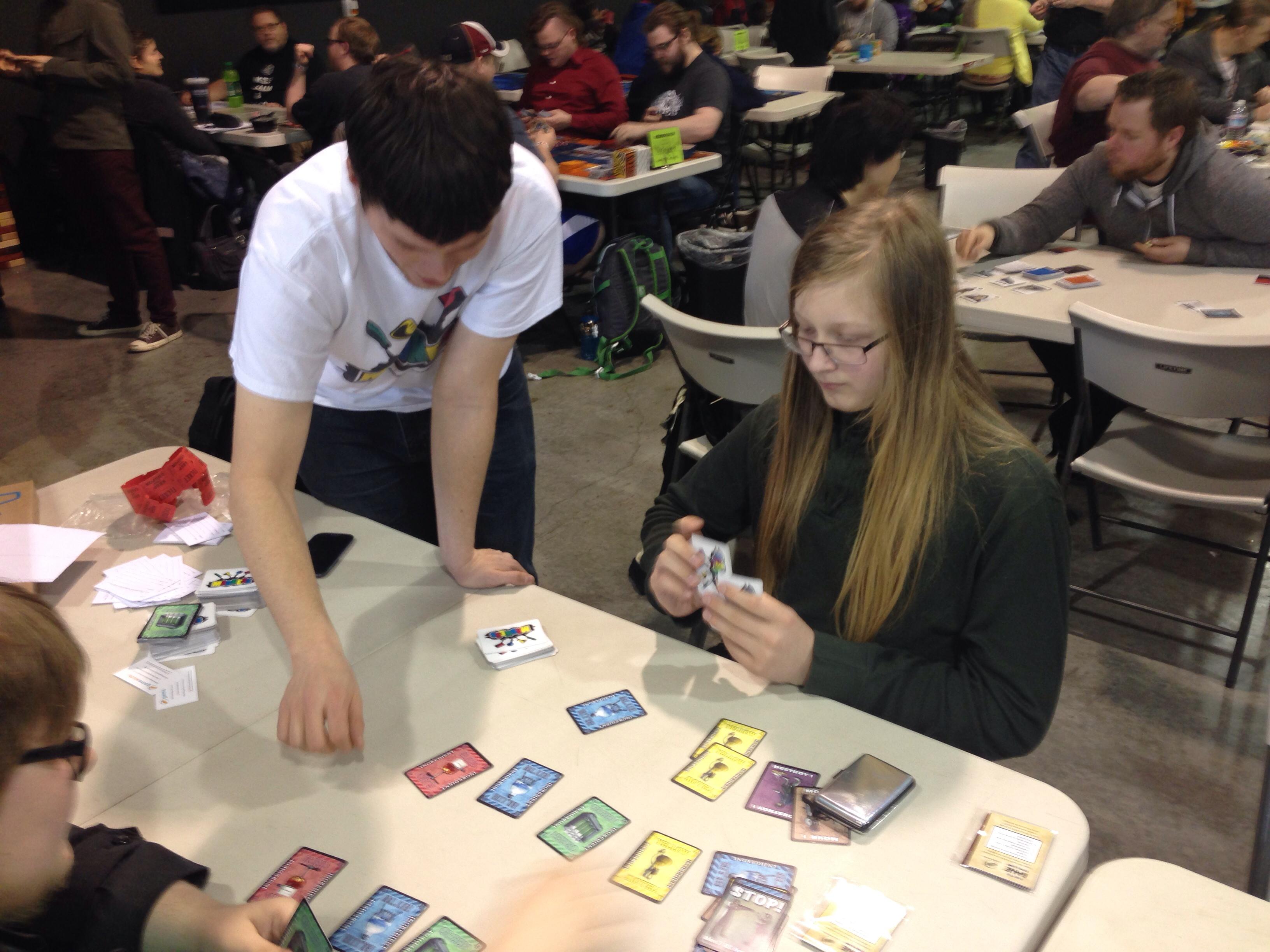 Later, I ended up at Powell's Books in Beaverton and got to play a game of Dungeon! for the first time in ages. We nearly had a full table but the game went pretty fast once people got comfortable with the rules. 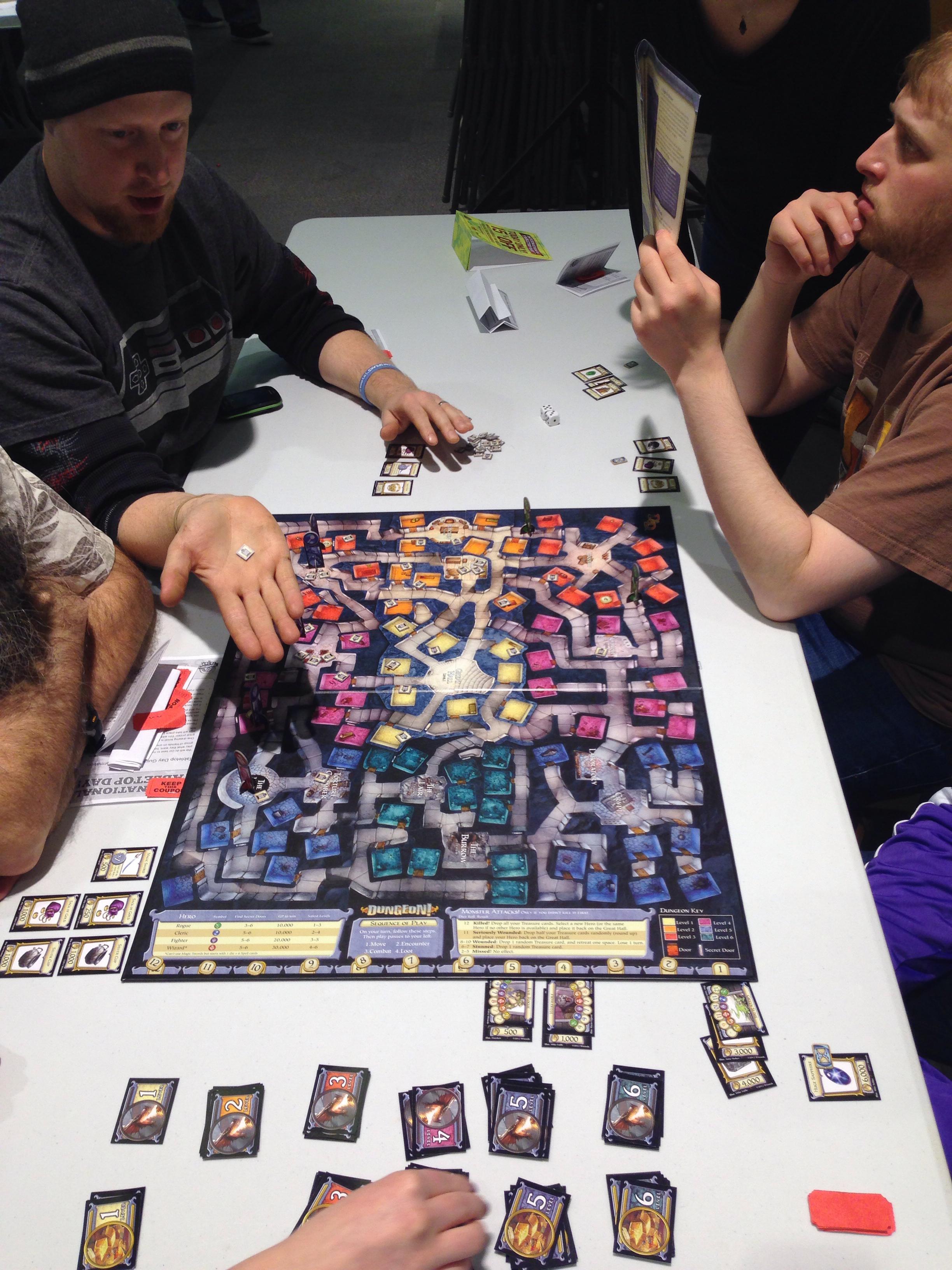 I picked up a copy of the 13th Age rulebook and the expansion pack for Boss Monster, Tools of Hero Kind. Also, I contributed to a Kickstarter for a fun game which I hope meets its goal. Not bad for a day of gaming!