It's fun to come up with the occasional prop handouts for your roleplaying games; maps, letters, scrolls, contracts, and so on. Here are some good places to get fonts that can be used to embellish your paperwork with exotic, infernal, or alien writings.

Blambot has a number of free fonts that are useful for RPGs, primarily their strange languages fonts:

Comicraft represents the high end of font design for comics and games. Among their dingbats and clip art fonts: 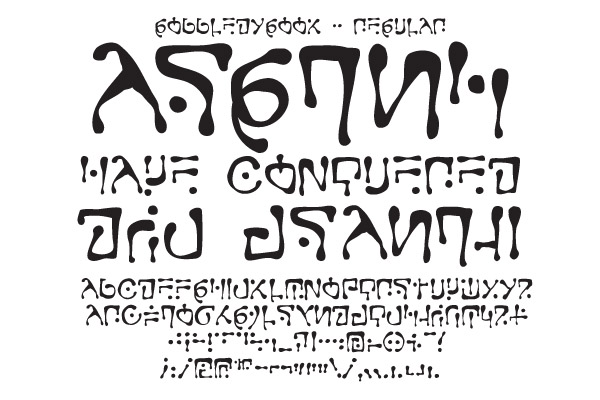 They have a section titled Runes, Elvish that has unlicensed free fonts inspired by Lord of the Rings, Elder Scrolls, and D&D.

Wizards of the Coast

WotC has custom fonts that represent the Dwarvish, Elvish, and Draconic languages; you can see samples in the 4th edition Player's Handbook. The official fonts have never been sold or released by WotC, but some enterprising font makers have recreated them. As unofficial, unlicensed fonts they move around from place to place, but a web search might turn up some archived copies. They are: